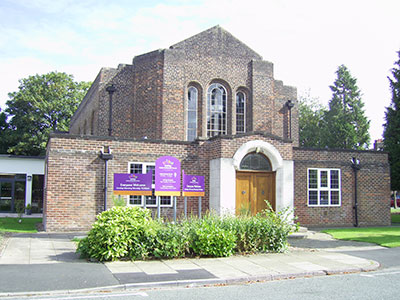 The choir was formed in December 1970 when Laurence Whitaker, then Organist and Choir Master at St. James Parish Church in Gatley, brought together a group of singers to perform Handel’s Messiah.  They stayed together afterwards and Gatley and District Choral Society was born.

Laurence conducted the choir until 1986 giving a strong grounding in the standard choral society works, always with Handel’s Messiah at Christmas.  He handed over the reins to George Ward and under George’s guidance the choir developed a greater sense of the importance of the words we sing as well as the notes.

George left us in 1993 and we were under the baton of Alan Herbert for a couple of years, venturing more into the realms of lighter music.  Alan was succeeded in 1995 by Howard Barlow who also led us into new territory with his own interest in church music.

In 2008 Howard decided it was time to move on and Denise Beynon joined us.  Each of our conductors has had their own style, interests and emphases and with Denise we have developed our technical skills, mainly through vocal exercises at the beginning of rehearsals.  We now have the confidence to sing unaccompanied items without difficulty.  Denise has widened our repertoire and has also encouraged us in communicating the music to our audience.

What we do now 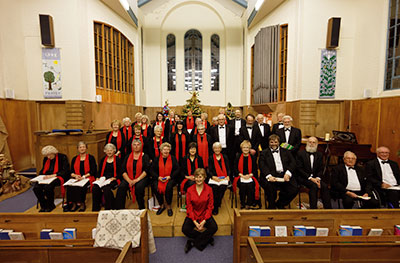 We now perform a wide variety of music as can be seen on our “Recent Repertoire” page.  Our spring concert is normally a larger work from the traditional choral society repertoire. In summer we perform a lighter concert – part songs, madrigals, excerpts from operettas.  This is often timed to coincide with the Gatley Festival.  At Christmas we usually combine carols new and old with a longer piece to provide a focus.

The choir is affiliated to “Making Music” (The National Federation of Music Societies) which helps with performing rights and insurance matters as well as providing a source of music hire and programme notes.  Occasionally, where appropriate, we join with other choirs to sing works we could not do on our own.

We also participate in the Easy Fundraising scheme through which a large number of retailers donate a small percentage of your spend to the choir when you shop online.  Amazon is not now part of that scheme so we can also raise funds from them through the Amazon Smile scheme.  Anyone can raise funds for us through these schemes, not just choir members, and at no cost to themselves. Click here for full details.