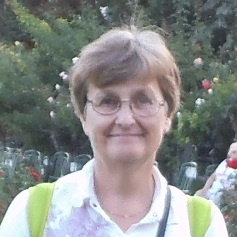 Denise was born in Cardiff. She read music at the University of Bristol, after which she studied viola, singing and piano at the Welsh College of Music and Drama. Her first venture into conducting was as a student at Bristol, with the Operatic Society. Whilst at the Welsh College, she conducted the Cardiff University Gilbert & Sullivan Society.

She then stopped conducting to take up a career as a professional viola player, playing first in Iran then in Germany, returning to Britain as a freelance viola player in London and Scotland. Denise moved to Manchester to start a career in music teaching. She also started conducting again, mostly with children and youth orchestras in the North West region. She became the first female conductor of the Gorton Philharmonic Orchestra. Denise has also conducted two "Last Night of the Proms" with Elizabeth Bainbridge and "La Belle Hélène" at Buxton Opera House.

Denise now enjoys a varied career with both teaching and conducting. She has formed her own orchestra called Manchester Music Makers. As well as Gatley Choir, where again she is the first female conductor, she is also the accompanist for Stockport Junior Voices and a voluntary singing coach for Mood Swings choir.